TAPPINN inc. - Danica Patrick will make QR code history on Saturday, October 9th in her #7 Chevrolet as she debuts the world's first race car strapped with a QR code on the hood. The NASCAR Nationwide Series CampingWorld.com 300 is in Fontana, CA  at 4:46 (et) and will be televised on ESPN2. The QR code was incorporated by Danica's primary sponsor for the race, Tissot Swiss Watches. Scan if you can!

I'm officially calling this "NASCAR with QR", catchy, I like it! Photos and video below. 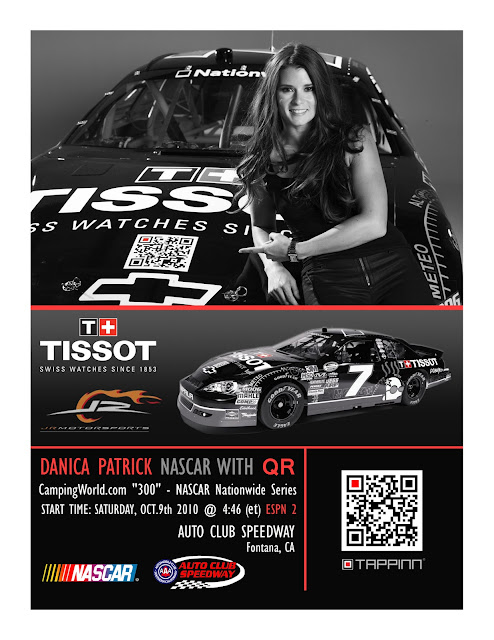 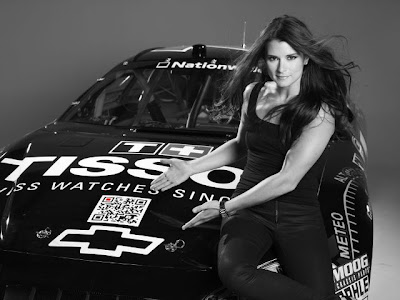