Tappinn QR Codes. It's ALL About SHARING. {Video}

Me showing off a sick new feature added to the Tappinn platform. Every page can now turn itself into a QR code by touching the Tappinn icon on the share bar. Enjoy

Posted by Nick Ford at 7:06 AM No comments: Links to this post 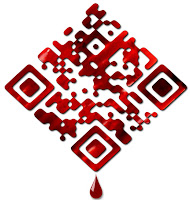 During ABC's final episode of LOST, you may have caught an ad for the upcoming season of True Blood. This was no ordinary promo. The 30 second spot featured a flash of a custom QR code at the end. Fans can use DVR devices like TIVO to freeze the commercial and scan the code from their television.

I LOVE it. This is TV history!!

Although most probably missed this opportunity because the concept in still unknow, I see an extremely bright future for designer QR codes on TV.

Warbasee Design created the True Blood designer QR code and the mobile user experience. They have a track record for creating cutting edge mobile campaigns with QR codes for Hollywood. most recently the Iron Man 2 promo with QR.

"The goal behind this strategy is to extend the conversation," said Philip Warbasse -CEO Warbasse Design. "If you take a 30 second commercial and add a 2D barcode to it, you are effectively you are effectively extending your time with the audience. For now, it's a clever way to make the commercial last longer, " continues Warbasse, "but, soon QR codes will become the preferred method for television advertisers to deliver extras to interested viewers."

Amen to that, Philip! Here is the clip, oh and by the way, custom QR codes rock!

The newest installment of Advertising Age Magazine features a full page ad by brandcenterisfuture.com using only a QR Code centered on the page. Here are some photos. Nothing really special on the content side to report except the Youtube clip was broken for my Iphone. Screenshot below. 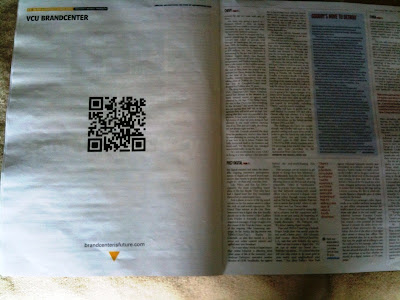 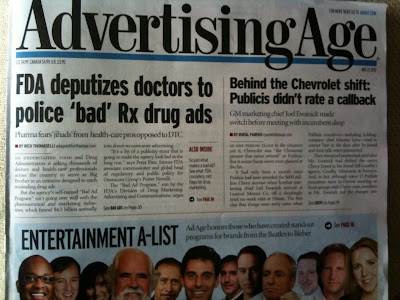 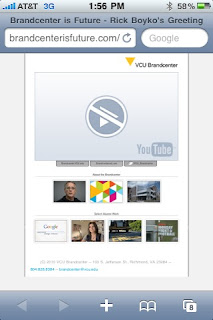 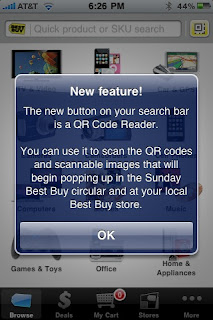 Best Buy has done it!! They are the FIRST retailer in the world to update their app with a QR code reader!! We have documented their support for QR codes in earlier posts but now they have taken it a BIG step further.

The newest catalog features a QR code on the cover (I was disappointed there weren't more)! What's different about this is the "Download Reader"   instructions direct users the the newest version of Best Buy's app, fresh with a QR code reader. This make me so happy!! {Video Coming} 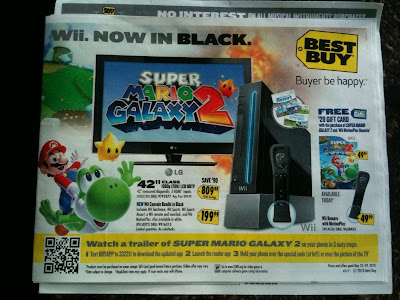 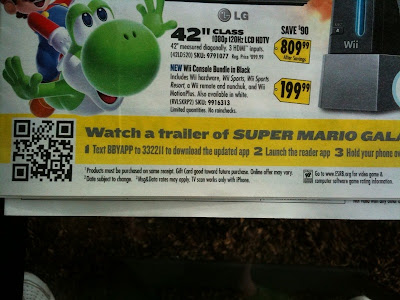 Posted by Nick Ford at 3:57 PM 3 comments: Links to this post

The Kings of QR Codes 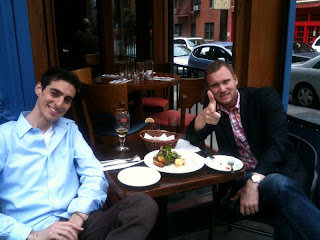 On a gorgeous Spring day in Manhattan I had the privilege of trading ideas with the KING of the "Designer QR Code", Patrick Donnelly. It was hard for me to contain my excitement about the future while I was sitting with him. When you get together with someone who shares your dreams and insights it's always difficult to stay grounded. Lol, especially ME.

"SIR Patrick" has been dedicated to pushing the boundaries of what's possible in the world of QR code design. His designs and experiments will unlock doors to what's possible in the future as well as give him the title of "pioneer" once QR codes become mainstream. My bet is that you will see Partick's work on a billboard in Times Square someday soon. 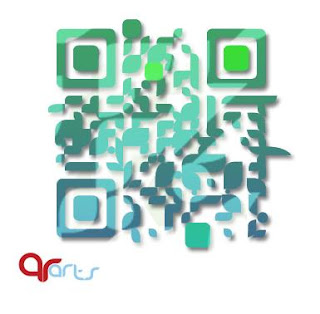 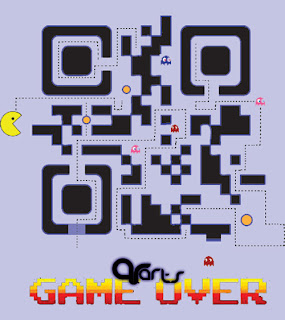 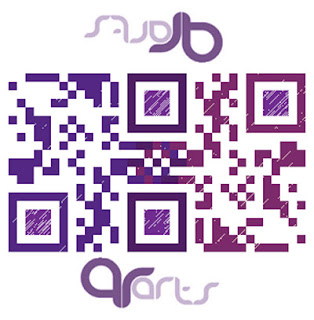 Posted by Nick Ford at 6:16 AM 4 comments: Links to this post

This video says it all! People who have had a bad experience with QR codes due to phone speed NEED to watch this! Most Blackberry's offer a less than pleasant experience when it comes to scanning QR codes. In the old days you would have to snap a picture of the code and WAIT for it to send back the information. Depending on the mobile browser being used to view the content after the code scan, it can be SLOW and discouraging. The next generation of smartphones offer users a seamless connection with QR codes that is radically faster than past generations. Check it out!

Posted by Nick Ford at 9:10 AM No comments: Links to this post

Posted by Nick Ford at 4:11 AM No comments: Links to this post

Here is a quick video that I shot demonstrating the QR code campaign being run by Hearts On Fire in the May issue (2010) of Elle Magazine. The phone in the video is Goole's Nexus One. Notice how fast and easy scanning QR codes has become. This is a clear illustration of the possibilities that are out there using QR codes in print advertising.

The World Park was an Arbor Day event that gave participants an interactive tour of New York's Central Park. QR codes (Parkodes) were placed along the path route, each one offering a chance to interact with a trivia question. The questions were broken up into categories and separated by color. The "Parkcodes" let users discover things about Central Park that they never knew. A map and scorecard were handed out before entry. 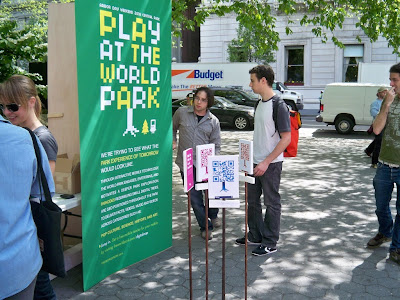 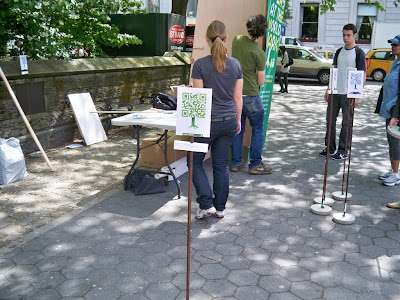 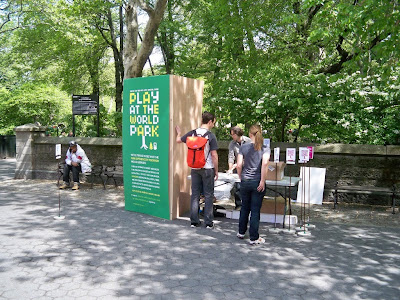 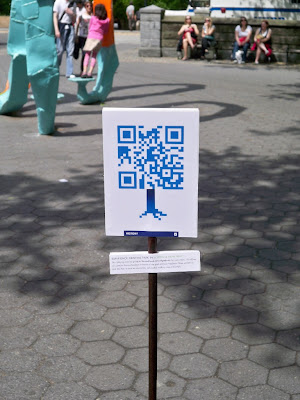 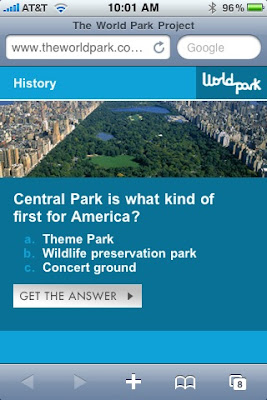 History (blue) - Unlock history, scroll through viewsfrom the 1800's, and see how it has evolved over the past 140 years.

Pop Culture (Pink) - Discover scenes from movies, tv shows and concerts that have been filmed or performed on along the park path.

Science and Geology (Green) - Nerd out to a variety of facts, factors and facets that are sure to tickle your scientific curiosity.
Posted by Nick Ford at 7:06 AM 2 comments: Links to this post