QR Codes Are Old, Yup, So Is The Internet 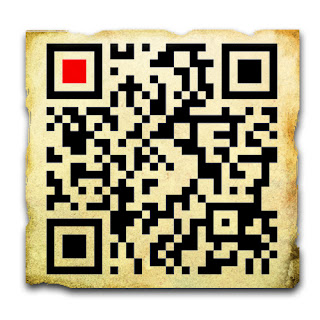 “QR Codes are an OLD technology”… WTF? I keep hearing this from the tech-snob QR haters on Twitter or in the blogosphere as part of the famous “QR codes will never go mainstream” argument. While the QR code itself does in fact date back to 1994 when it was invented by Denso Wave as a quick way to track auto parts in Toyota factories, it has taken on a completely new identity when teamed with TODAY’s web-enables mobile device. Make NO mistake about it, 15 years AFTER the QR code was born, it is augmenting our lives in NEW ways every day! We are an instant gratification culture who already craves decoding celebrity gossip from the pages of US Weekly. QR codes could easily be the new form of content crack rock that U.S. consumers get hooked on as mobile continues to emerge into a behemoth. There will be MILLIONS of new mobile web users born into the world in 2011 btw. #Fact

Big in Japan. YES, Japan started using QR codes well before the U.S…. WE KNOW THIS. That does NOT mean they are that far ahead of us from user experience perspective. The devices over there simply aren’t web friendly enough to allow it. I’m also not sure the Japanese were using HTML 5 four years ago. Were they?  Americans have become so accustomed to hearing “Japan is light years ahead of the U.S. in mobile technology”. While this may be true for some unique applications, we still see the Japanese line the streets of Tokyo for the iPhone release. Hmmm. If they are so far ahead of us then why do we see a record demand for an American mobile device?
Ralph Lauren debuted the first QR code advertisement in the U.S. almost 3 years ago! Again, the devices were NOT in people hands yet for campaign to be as effective as it would be, say, today. To give you an idea, Android didn't exist. Part of the criticism about QR codes is that they have been around for awhile but have NOT caught on to the masses. If you exclude Blackberry (QR experience sucks) from the equation, REAL web-enabled smartphones are only about 15% of the market. The potential is ridiculous, no wonder QR codes don’t have mass adoption. It’s simply a numbers game. To bet against QR codes as a legitimate medium for mobile web content delivery, at this point, is like betting against smartphone growth!
It’s all about the web, baby. Apple was first to bring real internet experience to the palm of our hands and now we are hooked. Each day a new Smartphone user is born wondering how they ever lived in the land of flip phones and limited data plans. NOW, freshly equipped with the web in the palm of their hands, these consumers are open to an entirely new world. The ability to access content from anywhere on our phones via the web is evolving at lightning speeds. For another example, take a look at 1D UPC barcode scanning. Same principles apply. The 1D barcode has been a staple of our society for decades yet they have only recently become useful to everyday consumers when scanned with particular app to open up a world of information that can be valuable to the buying process. This is a completely NEW model revolved around an OLD technology (1D barcodes).
SO the question is....Should QR codes even be considered "technology" at all OR are they just an ingredient to a larger "quick response mobile web technology" landscape?
Posted by Nick Ford at 11:27 AM