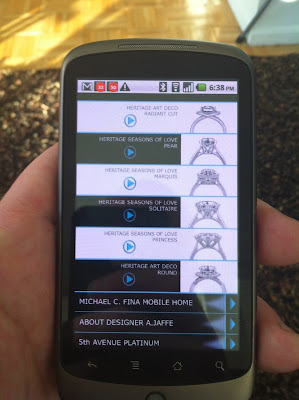 1) This is MOBILE, dude. Content must be mobile and properly formatted for ALL smartphone OS screens (Android, Apple, Blackberry, ect). Speed is everything, design content that can be efficiently outputted on a mobile device. This is a completely different animal than regular web design. Large buttons and easy "touch" navigation are crucial to user experience. Easy "contact" function can win with convenience. Keep the call, email and V-card buttons close by! Also, popular locations services such as Foursquare are becoming popular to incorporate as well.The #1 mistake made by early QR code marketers is using regular desktop pages as links in the codes. 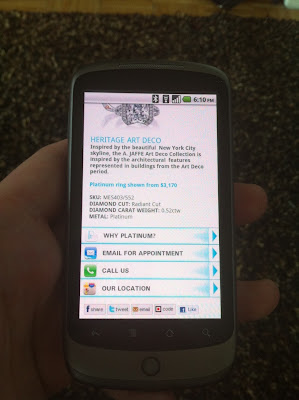 2) People LOVE to share. Sharing content over the PC web has become ridiculously popular over the last 5-7 years. Sharing content over the MOBILE web is still pretty new but has explosive potential. You are already seeing it with adoption of text messaging (texting) and Twitter (tweets) which are both “mobile born” forms of communication. Everything MUST be easy to share on the go (galleries and product pages). Make it easy for users to post content on Facebook and Twitter in seconds. Make sure that the content is accessible on the desktop web also. Mobile to desktop sharing is still prominent.
3) A new smartphone user is born every day, seriously, THOUSANDS of them. Don’t be discouraged by low numbers/scans. The success of phones like Iphone4, Evo, DroidX and Galaxy are obvious indication that the DEMAND is rising. Focus on the experience and users will come. Every engagement by a mobile user of scanning a QR code is a connection far beyond any traditional marketing thought. This is the first step in a new relationship.
4) Don’t get cute, focus BEYOND the CODE. I’m a huge fan of “designer QR codes” and I think they can serve a wonderful purpose for early QR code campaigns to build BUZZ. However, it’s early in the game and recognition is still relatively low, don’t get lost in the ad! Also, customized “designer QR codes” can’t be duplicated near as efficiently. It gets tricky if you want to run a nation wide magazine campaign with 6 splits a you would want a SEPARATE code for each split in every magazine for each month. Those who want to be specific and run different codes for different media applications will have a hard time achieving results they need with a “designer” QR code.
5) QR Codes are here to stay. There has been an ongoing debate between nerds on Twitter about whether QR codes will hit “mainstream” in the U.S. The answer is YES. Argument over. Deal with it, haters.
6) Deliver custom value wherever possible. In my opinion this is all about CONTENT. The mobile environment is a swirling terrain with unlimited possibilities. Create and deliver content that makes sense to your market and helps shoppers make honest buying decisions. If it's a magazine, consider the readers of THAT magazine and offer exclusives and target content around that group of readers. A QR code that leads directly to video in a loud atmosphere isn't powerful. A landing page where users can select the FORM of content they want is much more effective. QR codes that lead users straight to video are mostly ineffective.
7) Proprietary codes suck. The "QR code" is famous for its "three squares" in the top corners of the code. It's also famous for being OPEN. There are several codes that fall into the "2-D Barcode" family with QR codes but are NOT actual "QR codes". Microsoft Tag, Scanlife's EZ code and JagTag are often mistaken as QR codes when they are not. The problem with these proprietary codes is that they can ONLY be read be THEIR app which has fragmented the sector. So "QR code" readers can't even scan Microsoft Tags, ect. Last we checked there were over 60 different applications that read QR codes, none of them could read a Microsoft Tag, WTF. Get it?
8) Instructions are important. Keep in mind that a majority of users are still "first timers"so making it easy for them to download a QR code reader specific for to their smartphone OS is crucial. Shortcodes can be texted and a link will come back to the user that will download a reader. I prefer to list a short URL that users can type into their mobile browser to retrieve a reader like Tappinn.mobi. The landing page is then set up to visually guide people to the correct app with icons for each OS (Apple, BB, Android, Windows, Nokia). Once Facebook updates their app with a QR code reader most of these issues will be resolved.
9) Have fun! It is the dawn of a new day. New forms of communication centered around the smartphone device mean new opportunity to connect with your customers. Get creative and think LARGE.
(10??)BONUS! Oh yeah the biggest secret to all of this that WE built a platform to make all of the above EASY. Tappinn.com.... BEYOND the CODE. Visit us and starting building today! Let's build a community
-Nick Ford
CMO Tappinn.com
Posted by Nick Ford at 8:56 PM