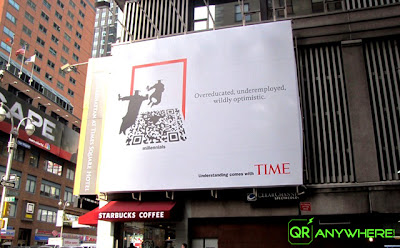 Pictures of a TIME Magazine QR Code billboard advertisement on 51st and Broadway near Times Square in New York City. These designer QR Codes, created by SET Japan, have been popping up within the pages of TIME magazine for months, linking readers to additional (non-mobile) web content. While I'm definitely a fan of seeing TIME Magazine use QR codes, the same cannot be said about my impression of the overall effort. While these QR codes may look "cool", the content connected to them in underwhelming from a mobile context. Also, most SET codes are NOT friendly to majority of popular QR code readers, most notable, ScanLife. So in essence, you have an enormous billboard in New York City featuring a 'designer QR code' that can't be read by a majority of readers, and links to a generic non-mobile website. Meh. 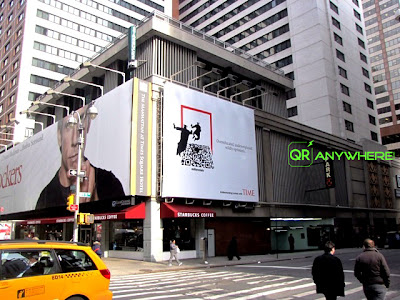 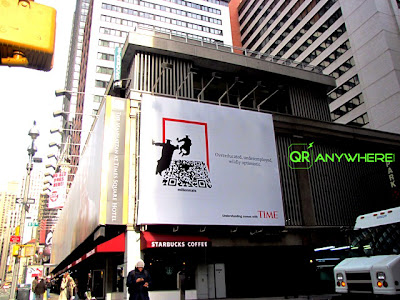