Music is ripe for an advertising renaissance. QR codes and mobile tagging are poised to take this industry by storm introducing a plethora of new ways to promote music to smartphone mobile devices. Mobile digital downloads, sharing, and music samples can incentivize and augment advertising in newspapers, magazines, fliers, cards and posters like NEVER before. The opportunities to incorporate music downloads and artist info into traditional "brand advertising" are endless in this new mobile universe of "anywhere" web content. QR codes are the PERFECT vehicle because they "prompt" people with their engaging appearance and perceived value. The invention of the internet devastated the music industry over a decade ago, NOW the emergence of the MOBILE internet might be the BEST thing that ever happened to music culture.

We  are starting to see some mainstream music artists use QR codes in advertising and packaging but this is only the beginning. The future will involve much more "collaboration" between music and traditional adverting and a model will emerge that brings value to everyone (music artists, brands AND mobile consumers). QR codes will be a fundamental new catalyst transmitting music from the physical world to a mobile digital one.

Here are some examples of Taylor Swift and Soulja Boy using QR codes and an awesome VIDEO example below from Japan. 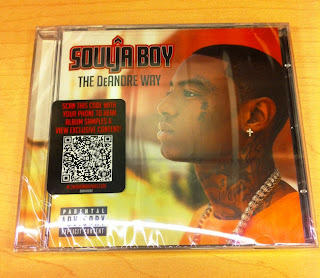 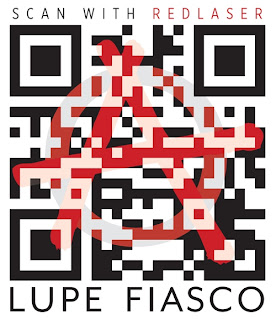 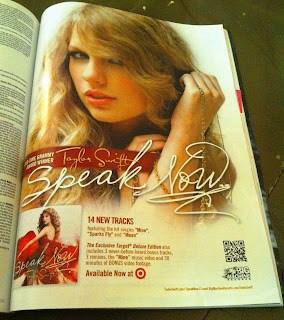 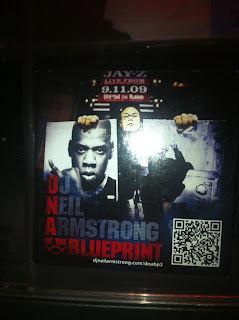 his QR code marketing campaign from Leo Burnett Hong Kong was designed to promote alternative music label Zoo Records in Hong Kong. By carefully placing visuals of an array of animals, comprised of download codes, people could take cell phone pictures of the animals and stream new music to their mobile devices instantly. This campaign resulted in sold out records, immeasurable street cred for Zoo Records, and the widespread dispersal of an underground sound.
Posted by Nick Ford at 7:47 AM