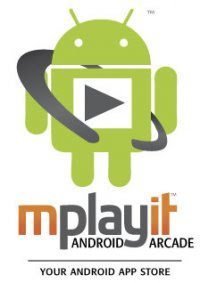 Mplayit, who houses the largest cross-platform app store on the web, says that mobile barcode readers have shot to the top of app downloads. They looked at the top 3, Blackberry, Anrdoid and Apple app stats and saw QR readers emerging across all platforms. According to the analysis, each OS had similar apps that were popular including barcode readers.

Their website, myplayit.com , is an application hosted on Facebook. Pretty cool actually! This allows users to share and review apps easily amongst the Facebook community. When you think about it, Facebook is the best place to ignite app sharing. It is this type of community that will foster a viral enviroment for apps. In late December, Mplayit announced that they would now provide the entire Android catalog of over 15,000 applications on its app store on the Facebook platform.

According to Michael Powers, founder and CEO of Mplayit, the launch of the new Facebook service couldn't be more timely.

"App discovery on Android is frankly a mess," said Powers. "From our success with our iPhone on Facebook, we know how to socially engage users. We let them tap into their friends and networks to try and share apps, and we're bringing that know-how to the Android app marketplace."

One of the vehicles for app sharing across the web have been QR codes. It's easiest way to transfer links from your desktop to your phone. Instead of typing a long URL into your phone to get to the app page you can now just scan a bacrcode that will instantly take you to the download.

"Android is on the brink of prime time. It will be the single biggest audience for mobile apps in the very near future, and Mplayit will play a major role in helping those users find great apps," said Powers. "Compelling new devices like the Motorola Droid, Google's Nexus One and the truly mass-market devices that will shortly follow make Android the place to be. We believe that, with our new service, Android is at last getting the distribution ecosystem it deserves."

This is exactly what I've been predicting! No doubt that QR codes are starting to add value and convenience to our lives as the mobile web continues to evolve.